The stage clothed in

Her poems are a collage of fragments that stop as light beams, seeking to capture the movement without holding it, drawing it without fixing it in space or time. Hadassah’s thin brush strokes approach the metaphysical as they touch the body. They create, through their intensive minority, a an exposed, lyrical narrative, almost devoid of outlines, that binds death and immortality in one minute of silence.
Hakibbutz Hameuchad -Sifriat Poalim Publishing Group, 2014.

Inspired by the book

In 2013, the Brazilian pianist and composer Enrique Eisenman created a modern jazz suite written for the book. Eisenmann worked over Hadassa’s recorded voice reciting her poetry, and transcribing the melodies of her speech. The suite was performed in Boston, Tel Aviv and Paris. 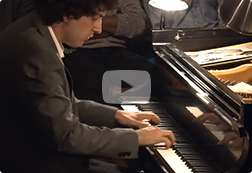